INTERESTing Times: A Dovish Stance - No More Rate Hikes in 2019 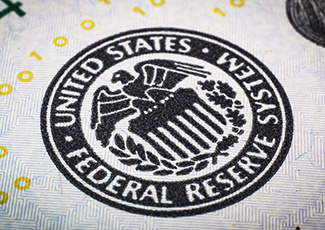 By now you’ve heard about the Federal Open Market Committee's (FOMC) decision to leave the federals funds rate unchanged following the March meeting. But what does the announcement indicating no expected rate hikes for 2019 reflect about the Federal Reserve’s balance sheet and the U.S. and global economies?

The FOMC of the Federal Reserve (Fed) met March 19-20 and voted unanimously to leave the federal funds rate unchanged at 2.50%. The Fed’s decision was highly anticipated by the market, while actions at the conclusion of the meeting had a significant impact on the bond market (more on that later). The FOMC cited the continued strong labor market and a softening of the overall general economic conditions (slower household spending and business investment) for the U.S. and global economies as reasons for the decision to leave the fed funds rate at its current level.

The Fed’s statement, updated economic projections, and decision regarding its balance sheet was significantly more dovish than most analysts and bond market participants anticipated. It set off a rally in the bond market, leading to lower yields on U.S. Treasury bonds maturing in two years or longer.

As discussed in previous editions of INTERESTing Times, the Fed accumulated large amounts of U.S. Treasurys and mortgage-backed securities during and after the financial crisis of 2008. The Fed began reducing its holdings in late 2017 by no longer reinvesting all of the proceeds from maturing holdings rather than outright sales. While not as obvious to the borrowing public as an increase in the federal funds rate, this balance sheet reduction has the impact of tightening monetary policy because it reduces the amount of dollars in the economy.

Many critics and economists think the combination of increases in the fed funds rate and reduction of the balance sheet was adversely impacting the economy’s ability to grow at its full potential. Following a review of economic conditions and deliberations, the Fed decided to end the balance sheet roll-off effective September 2019. However, they will continue to reduce their mortgage-backed securities and reinvest the proceeds into U.S. Treasurys.

The impact of this decision will likely mean lower interest rates in the Treasury markets, due to increased demand. Additionally, the spread between home mortgage rates and Treasurys of similar maturities may widen since the Fed will no longer be a buyer of mortgage-backed securities.

The Federal Reserve Board released quarterly economic projections at the March meeting. There were some significant changes from the December projections including lowering the targeted fed funds rate by 0.50% for year-end 2019; decreased 2019 economic growth projections from 2.30% to 2.10%, and increased the unemployment rate for year-end 2019 from 3.50% to 3.70%. The changes drove the Fed to a more dovish stance as compared to its position at the December 2018 meeting when it projected two to three rate hikes in 2019. For now, those projected hikes have been taken off the table and replaced by a Fed that is going to be patient and watch how the economy develops this year.

Economic conditions in major developed economies like the United Kingdom, European Union, and Japan saw a slowdown in economic growth during late 2018 and project the same for 2019. Rates all across Europe and Japan declined to levels not seen in three years – impacting the worldwide interest rate markets.

The U.K. continues to struggle with its exit plan from the European Union, negatively impacting its economy with businesses unable to predict what will happen and when. Trade disputes across the globe have negatively impacted economic growth in many countries – with U.S. soybean trade as one obvious example. China’s economy has also slowed and many Latin American countries are experiencing economic troubles.

What Does All This Mean?

Based upon the Fed’s statement, it appears additional rate hikes are unlikely this year unless signs of inflation reappear or the U.S. economy reignites. The market no longer expects any rate hikes this year. In fact, significant economic weakness within the U.S. economy may cause the Fed to become concerned about a slowdown and consider a cut in the federal funds rate. However, the market has already made an impact; home mortgage rates and auto loan rates have come down from their highs back in the fall. The Fed only controls short-term rates as market forces have more influence on intermediate and long-term rates.

With interest rates in the U.S. much higher than in other developed countries, it will be fascinating to see how the interest rate markets around the world react to developments as the year unfolds. We do still live in INTERESTing times!