KOHL-laborations: The Short and Long-term Views from the Road 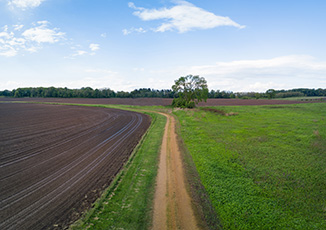 Thank goodness for longer days and the optimism spring brings. The polar vortex and strong storms have made this winter’s travel season one to remember. Despite the bad weather, my engagement with producers, lenders, and agribusiness leaders resulted in some interesting short and long-term perspectives.

Some producers have quietly shared their operations are actually making money. They are almost embarrassed to share information about their “secret sauce.”

These profitable operations are producing yields 5-10 bushels per acre more than their peers and are better at keeping costs under control. They also market some of their crops at planting – often when prices are above cost of production – rather than waiting for a potential home run during harvest.

Other crop and livestock producers have reduced costs without hindering revenues. Capital and asset efficiency are a high priority for this group of producers. They have reduced their non-income producing assets – such as machinery or land – that are no longer economical. They also made the necessary cuts in human assets which, in some cases, include unproductive family labor.

One factor affecting cash flow and profitability is the family living budget. One producer indicated it was just as important as farm business budgeting. With multiple generations taking withdrawals from the business and increased healthcare premiums and other costs, the difference maker is often the personal side of the business finances.

The side gig economy is alive and well, specifically among the younger generation. Multitasking, fully utilizing one’s skill base, and networking can provide multiple streams of revenue not seen in traditional agriculture. One Upper Midwest producer indicated his son used his talents and passion to develop a very successful towing company. He chuckled when he recalled a recent four-day period of inclement weather which netted his son a larger profit than the farm generated over an entire quarter. This towing company is a great example of a diversified source of income.

Despite the difficult agriculture economy, some boomerang producers are coming back to agriculture after spending time working outside of the industry. For example, a young producer who spent more than a decade working outside of agriculture launched a successful grass-fed beef and organic grain operation on part of his family’s farm. His experience networking with people and institutional clients provided a ready-made marketplace for his entrepreneurial products.

Managing What You Can Control

Tweets and headlines are an everyday occurrence and create tremendous volatility in crop prices, input costs, and emotions. This appears to be a fact of life for the next few years. The key will be to focus on the factors in the business one can manage, and to manage around the uncontrollable variables. Knowing your cost of production, breakeven points, and executing on small windows of opportunity will be the mode of operation.

On the long-term view, technology and more resources in production – such as land – will shape the landscape of the future of agriculture. Overlaying these changes with dynamic weather patterns, warmer nights, and more frost-free days mean where and how we farm will constantly be evolving.

Domestic and international consumer habits and tastes are changing. Some fads will emerge into trends that will rock ‘n’ sock the food sector. The consumer of the future will desire four distinct attributes. The first is transparency from producers and consumers. Big data and block chains will also be key drivers in this component. Next, personalized and customized products tailored to the individual customer are coming to the food industry very quickly. Many of the new consumers will purchase an experience rather than a product. Globally, three out of every seven new customers will be residing in the Asian realm. Crop and livestock producers in the Midwest must think globally and act locally.

At a snowy event in Nebraska, one producer mentioned the previous economic downturns weeded out the poor or below-average production managers. This elongated downturn is also pruning the below-average business managers, not only measured by production, but by marketing, finance, and overall business operational skills. This insightful producer’s comment sums up the future. Sweating the small stuff with a focus on the business IQ in the functional areas of operation will be the recipe for success, regardless of how one defines the future.