How Lowered Interest Rates Will Impact the Rest of 2019 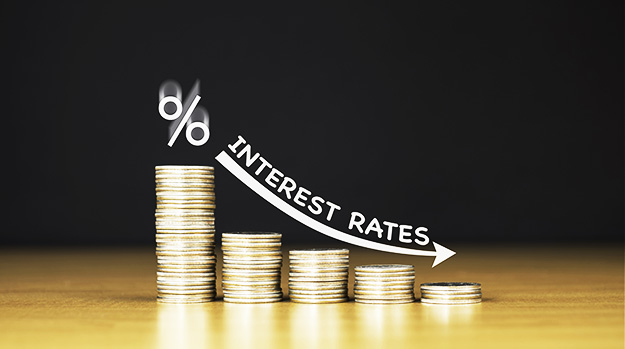 It’s likely you’ve heard the FOMC reduced the federals funds rate by 0.25% at its July meeting. They also decided to end the Fed’s balance sheet runoff earlier than originally announced. What do their actions mean for the future of interest rates?

FOMC Update
The Federal Open Market Committee (FOMC) of the Federal Reserve (Fed) met July 30-31 and voted to reduce the federal funds rate by 25 bps to 2.25%. The vote was not unanimous – eight voted for the decrease while two voted to leave the rate unchanged.

The Fed indicated the objective of the rate cut was to sustain the current economic expansion with a strong job market while promoting a return to a 2.0% overall inflation rate. In essence, the Fed decided a 25 bps rate reduction would act as insurance against a potential economic slowdown in the U.S. economy, which may be caused by global factors.

The Fed also decided to end the balance sheet roll-off in August rather than September, as originally planned. These actions are both accommodative acts taken to sustain the current economic expansion, but are considered unusual steps for the Fed to take in light of the strong job market and current low unemployment rate.

Global Growth Concerns
While the U.S. economy continues to show solid growth, increasing employment, and resilience, other developed economies (Europe and Japan, in particular) are showing little to none. This global slowdown has impacted domestic businesses that depend on exports for growth prospects. Those companies are reluctant to commit to capital expenditures if they depend on global growth-led exports to sustain or increase sales and the overseas economies are showing signs of slowing.

Trade Tensions Impact Interest Rates
The markets digested the Fed’s decision with little impact. However, the Trump Administration’s Aug. 1, decision to impose a 10% tariff on an additional $300 billion of Chinese imports into the U.S. was unexpected and led to significant sell-off in the global stock markets and safe-haven buying in the bond markets, driving interest rates down worldwide.

The financial markets anticipated retaliation by China (which has not happened as of this writing) and fear the trade tensions will worsen, leading to further slowdown in global trade and triggering possible recessions in export-dependent economies. The near-term outlook for interest rates is likely to remain steady – or quite possibly lower – until the trade issues are resolved since the global markets are concerned about slowing growth and possible recession. If trade negotiations were to resume and an agreement reached, there would likely be a quick reversal of this outlook.

What Does All This Mean?
Interest rates in the U.S. are significantly higher than most developed countries. Money from institutional investors can flow around the world at the click of a mouse. It is challenging to see how large differences in interest rates from countries of similar credit worthiness can exist in the global, interconnected world. Lower interest rates are generally supportive of the value of income-producing assets such as stocks, bonds, and real estate, including farmland. It will be INTEREST-ing to see how the remainder of 2019 unfolds as the tumult of economic and trade news dominates the headlines.