How High Will the Fed Go? 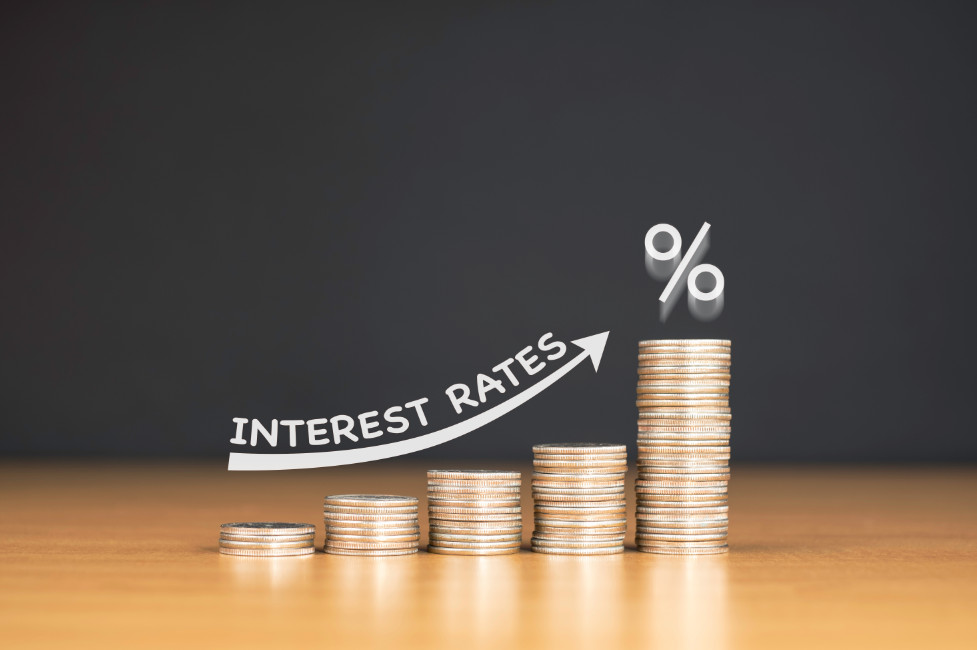 The Federal Open Market Committee (FOMC) of the Federal Reserve (Fed) met July 26-27, and voted to increase the Fed Funds rate by 0.75%. When coupled with the June rate hike of the same amount, these become the largest Fed Funds rate increases in more than 30 years in back-to-back meetings. The Fed Funds rate is now 2.50%. In the press conference following the meeting, Fed Chair Jerome Powell suggested there would likely be additional rate hikes at the next meeting in September, as well as the final two meetings of the year. The amount by which rates will increase, however, is unknown. The market now anticipates the Fed Funds rate to end the year at 3.50-3.75% and increase further during the first half of 2023. The FOMC continues to cite tight labor market conditions and much higher inflation statistics for the dramatic change in the path of interest rate policy actions.

Impact of the Fed’s Actions

Short-term interest rates across the board have risen in lockstep with the FOMC’s actions, resulting in a substantial increase in the cost of short and intermediate-term loans. The Wall Street Prime is now at 5.50%, up from 3.25% at the beginning of 2022. Interest expenses are rising for all types of loans and credit including the U.S. Treasury, which is now paying more than 2.20% on four-week treasury bills and more than 3.10% on six-month treasury bills. Comparatively, the four-week treasury bill rate on Jan. 3, was 0.05% and the six-month treasury bill yielded 0.22%. For the savers, the ability to earn a 2.00-3.00% risk-free return in the treasury market is a welcome reprieve.

For more information, see www.treasurydirect.gov. All interest rates cited are on an annualized basis.

The Fed’s final three meetings of the year are Sept. 20-21, Nov. 1-2, and Dec. 13-14, and are extremely important to the outlook for 2022 and 2023 interest rates. This is especially true since the Fed has indicated its sole focus will be fighting inflation, rather than encouraging full employment. The Fed has expressed they are willing to see the unemployment rate drift higher to reduce demand and alleviate inflationary pressures.

The most recent employment report (July numbers released on Aug. 5) reflected strong job creation with 528,000 net new jobs created – nearly twice the market’s expectation. However, the most recent quarterly GDP reports for Q1 and Q2 of 2022 were negative, with Q1 at -1.60% and the first estimate of Q2 at -0.90% [both are inflation adjusted and annualized numbers]. The nominal GDP continues to increase, but not at a fast enough pace to keep ahead of the impact of 8.50-9.50% inflation.

Many question why companies are still hiring more workers if the GDP is contracting. This will likely be debated for many years to come in economist circles. Some suggested answers revolve around the continued impact of the COVID-19 pandemic. Workers were paid to stay home and have only slowly returned to work, which has created a backlog of unfilled jobs. It also had a big influence on the sale of goods, houses, and services. Travel and leisure sectors were very heavily impacted early on and were late to rebound but are now experiencing the pains of employees lost during the pandemic. There has also been difficulty in finding childcare, early retirements, and concerns from immuno-compromised individuals about returning to work due to risk of exposure. The labor force participation rate, at 62.1% in July, is still below its recent peak of 63.4% in Jan-Feb. 2020, just before the COVID-19 pandemic hit the U.S. economy. There is some concern that companies have been “over hiring” new employees and will be quick to lay off excess employees once demand stabilizes or drops.

The world is a mess right now with the Russian invasion of Ukraine dramatically impacting global energy and food costs. The U.S. economy has been somewhat insulated from the worst of these inflationary impacts because of our domestic production of oil and natural gas. However, prices on many goods are set on the world market and our domestic prices have increased because of these global forces. The impact on the price of inputs for the 2023 crop season, especially for fertilizer and chemicals, will be very important for U.S. agriculture. We do live in INTEREST-ing times!